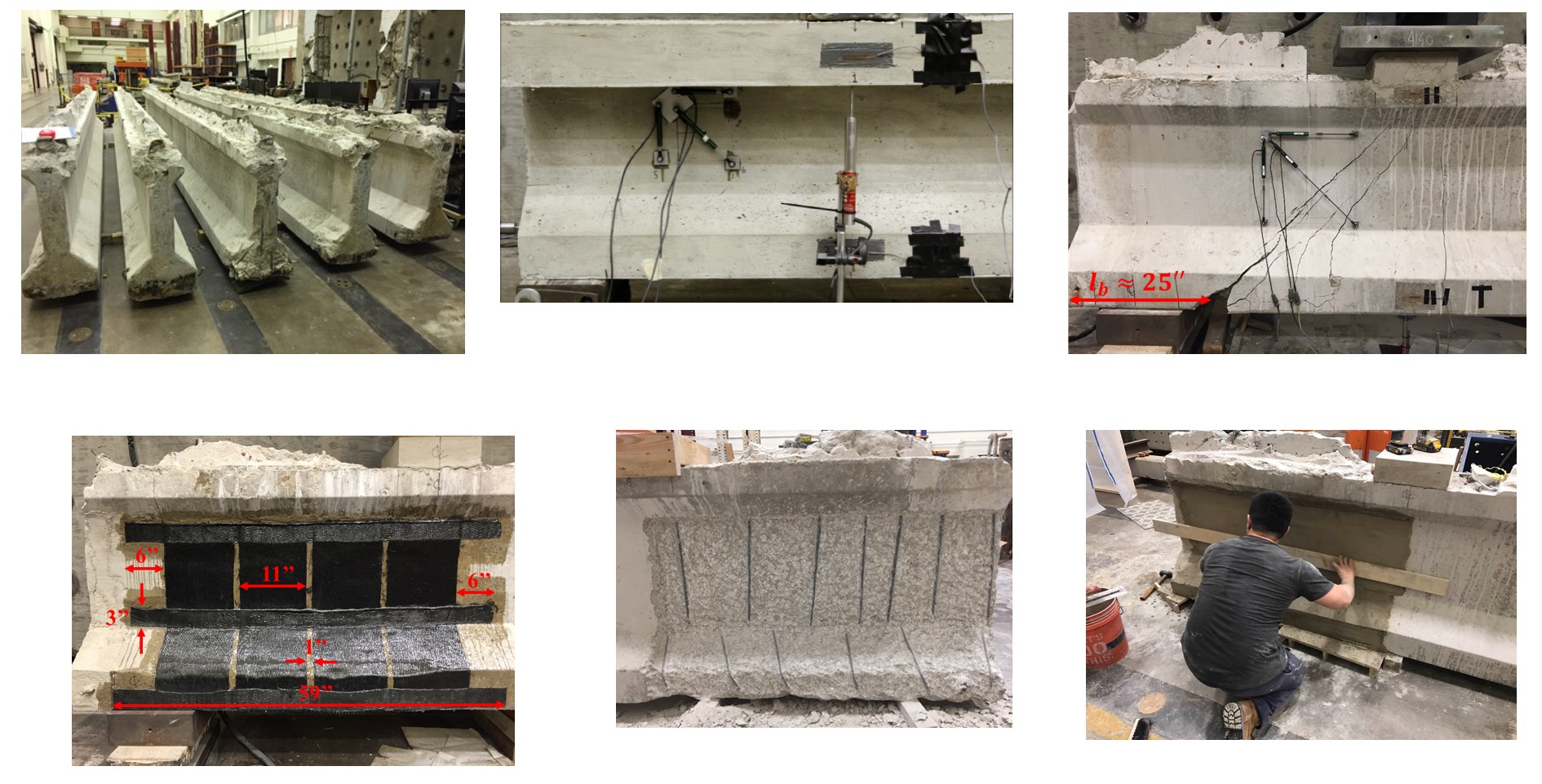 Concrete bridges play an important role in the transportation network. However, there are more than 56,000 bridges that have been identified as structurally deficient in the U.S., especially those bridges located in the Northern part of the U.S. where harsh climate inflicts severe damage to the structural integrity and durability of the bridges. Among all types of damage, the distressing of end regions in bridge girders is very commonly observed. This damage could be in the form of cracking and spalling of concrete and steel corrosion. This research focuses on addressing this type of damage through innovative repair methods using fiber reinforced polymers (FRP). FRP has attracted researchers’ attention because of its high strength-to-weight ratio and corrosion resistance. However, the benefits and effectiveness of repairing concrete girders with damaged ends using FRP, especially if the damaged region is localized at the end (i.e. under very short shear span) have not been studied in depth yet. This research utilizes experimental and numerical approaches to explore the effectiveness of using FRP laminates to repair and strengthen concrete girders with damaged ends. Since the specific damage described above is mainly localized at end regions of precast pre-stressed concrete (PPC) girders where beam theory is no longer applicable, the behavior of end region (D-region) repaired/strengthened with FRP is studied using strut-and-tie model (STM). The research tasks carried out comprises conducting three-point-bending tests on full-scale PPC girders repaired with FRP laminates. Finite Element Analysis (FEA) and parametric studies are also  performed on PPC bridge girders to explore the effect from various repair designs on the capacity and ductility of the PPC girders using both FRP laminate. The results from parametric studies are used to generate and calibrate the STM, which is adopted to analyze the shear capacity of PPC girders repaired with FRP laminate.